The Elgar Sinfonia of London

Championing British Music in the Heart of London

The Elgar Sinfonia of London

“The trees are singing my music, or have I sung theirs?” Sir Edward Elgar

The Elgar Sinfonia has been formed to realise the long standing desire of conductor Adrian Brown to conduct Elgar and other composers close to his heart with a single artistic vision. Lesser known works of Elgar and Berlioz in particular will be performed alongside great and popular works of the British repertory. 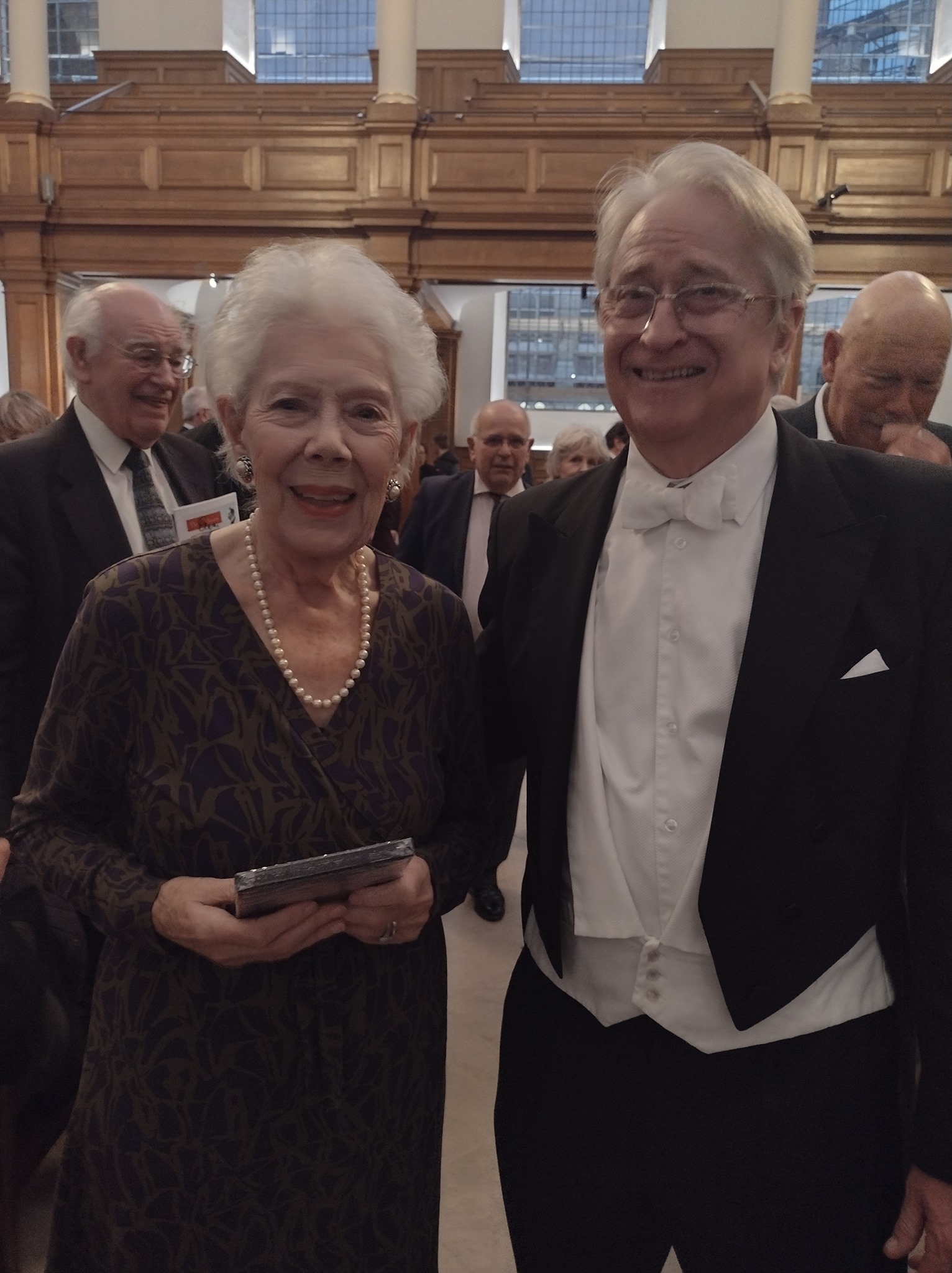 The perfect way to celebrate not only British music and Elgar but also Dame Janet Baker receiving the Elgar Medal and 50years of the Elgar Society. Thank you to all who played wonderfully, Elgar himself for the magical composition and of course the other “side of the triangle” as Dame Janet so beautifully said, “the audience.” Fantastic to finally get the chance to fill every seat again!!

A CONCERT FOR CHILDREN
OF ALL AGES

Elgar ‘In The South’

Sun 27th Feb 2022 4.30pm St. Andrew's Church, Holborn, EC4A 3AF
Tickets £16 / Concessions £13 (60+ / 16-21) / Child £6
(click below to book or email elgarsinfonia@yahoo.com)
download a flyer
Get Tickets
Featured Review by Robert Matthew-Walker
www.classicalsource.com
The debut programme of a newly-constituted orchestra in London always brings pre-concert enquiries, not least the question “Does our capital city need another orchestra?”. In purely numerical terms, perhaps not... yet London concert programmes are not (or rather should not be) about how many orchestras there are; they should be about orchestras choosing to perform worthwhile music which is rarely given, alongside works from the standard repertoire. Clearly, the Elgar Sinfonia is going to play Elgar’s music, and before anyone claims that his orchestral music is often played, there are quite a few fine and characteristic works by him that are hardly ever heard. Adrian Brown was a long-term pupil of Sir Adrian Boult: with regard to Elgar’s music he could not have had a more sympathetic mentor. In addition, Brown is still the only British conductor to have reached the finals of the Herbert von Karajan conducting competition. Brown’s technique is admirable; his experience is wide and profound, and we heard ample evidence of those factors during this exceptional programme. As if to justify my opening remarks, the large church of St John’s Waterloo was packed. We were rewarded by performances of high artistic merit.
Read More
Featured Review by Edward Clark,
Musical Opinion, March 2020
This concert, given by the Elgar Sinfonia of London, conducted by Adrian Brown and given on Sunday 8 March at St John’s Church, Waterloo, received a capacity audience when a small one could have been expected due to the coronavirus situation. The reason for such enthusiasm was the welcome recognition of Brown’s Elgarian credentials through his being awarded the Elgar Medal at the end of the concert. To reinforce the award Brown ended the concert with a heartfelt performance of the Third Symphony by Elgar elaborated by Anthony Payne. It was Payne who made the award and both musicians can be thanked for allowing sketches left by Elgar to be used and performed for such a successful endeavour, both through the score and the performance. The orchestra warmed to its task by projecting the music with real purpose, through four movements all put together from varying degrees of sketches for a Third Symphony left unfinished by Elgar. Brown produced both effulgent tone when needed in the more ceremonial moments and the warmest, softest sounds in places that now exist in all their grandeur in this near miraculous score. From the other end of Elgar’s life, the concert opened in full noblimente style with the Imperial March composed in 1897. It allowed the orchestra to begin the concert with full-hearted enthusiasm. Brown often revives English works that have dropped out of fashion. No better description can be made of the Piano Concerto by John Ireland; once a favourite of performers and audiences, this highly emotional (think Rachmaninov in places) concerto received a suitably virtuoso performance from Rustam Khanmurzin who played it from memory. Despite our national woes this concert lifted the spirits for all who were there to pay tribute to one of Great Britain’s finest conductors and composers.
Read More
Featured Review by Andrew Neill,
Musical Opinion, October 2021
Adrian’s understanding of Elgar’s music was reflected last year in the award of the Elgar medal and his conducting showed both passion and an impressive insight into the ebb and flow of the music. With him in charge, there was never any risk of the evening becoming monotonous or, alternatively, of the feast of music becoming over-rich.
Read More
Featured Review by Edward Clark,
Musical Opinion, June 2021
This concert was a welcome return to live music making for the players of this notable orchestra under the baton of its founder, Adrian Brown. As it happens, we both returned to hearing live music through the same conduit; it was Adrian Brown and his orchestra that I last attended in concert before lockdown all those months ago. It was marvellous to be back although the venue changed. This concert took place at St. Andrew’s Church, Holborn, London on Sunday 27th June 2021 at 4.30pm. Brown chose three master works that, arguably, showed each composer at the pinnacle of their careers. First came the Overture: The Land of the Mountain and the Flood by Hamish MacCunn. He wrote it at the early age of 19 so it may be presumptuous to claim it as the composer’s finest work. The truth is we rarely hear it in concert but it does now receive regular broadcasts on BBC R3 and Classic FM. I am unaware of any other work of his that comes near to the popularity of this lovely Overture so presume it really is a one hit wonder in his career, albeit a very early one. Brown certainly believes in its merits and gave a loving, forthright performance helped by some splendid playing by the orchestra, in particular the brass section, which gave heed to its excellence throughout the concert. There followed an undoubted masterpiece by Frederick Delius, his glorious Violin Concerto, a work so rapt in its intimacy that any live concert seems to be an intrusion on the inner world of the composer.....
Read More
Featured Review by Andrew Neill,
Musical Opinion, October 2021
If Elgar was one hero of the day, Adrian Brown was the other. He had prepared the music and his players brilliantly and gave us a concert which was not only unique but a very special way of celebrating an organisation which has done so much to ensure Elgar’s music is heard in its glory now around the world.
Read More
Previous
Next 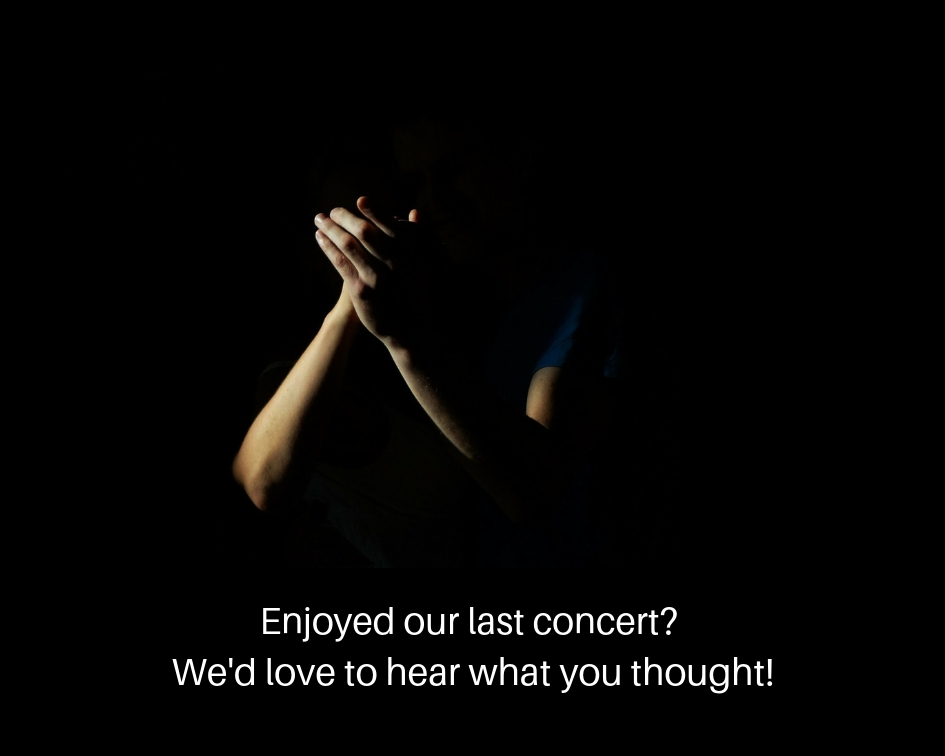 An absolutely transcendent Elgar Cello Concerto. The soloist sounded like he was improvising it as he went along, and Adrian's super-responsive conducting gave the impression that the orchestra improvised their responses. I heard so many new things. Truly remarkable.

Congratulations to Adrian and all concerned with last Sunday's event.
It was a huge success and hopefully the first of many.

Great Concert - Congratulations Adrian Brown and the Orchestra, it was a fabulous evening!

Thoroughly enjoyed this concert, really exceptional quality and most enjoyed the variety of colour Adrian Brown was able to draw out of the orchestra. We go to a great number of concerts in London due to our daughter being a player, so we have a lot to compare it to - this was absolutely a stand out concert of the year and we feel privileged to have witnessed it. Thankyou!