Michael won The Netherlands Violin Competition in 2016, giving an acclaimed performance of Szymanowksi’s Concerto No.1 with the Rotterdam Philharmonic Orchestra. In 2018-19 he made concerto debuts with English Chamber Orchestra in Cadogan Hall (Prokofiev No.1) and Polish Baltic Philharmonic (Korngold), as well as returning to the Great Hall of Moscow Conservatory with the Youth Symphony Orchestra of Russia (Brahms and Mendelssohn).

Alongside his performance work, Michael recently became Professor at the Royal Academy of Music in London, the youngest violinist appointed in the institution’s 200-year history. He has also performed as Guest-Concertmaster with BBC Symphony Orchestra and The Halle, working with conductors including Semyon Bychkov, Mark Elder, Oliver Knussen, Sakari Oramo and Vasily Petrenko. A passionate advocate of contemporary music, he has given premieres of solo and chamber works by over thirty living composers.

Michael was born in Scotland in 1991 and, as a teenager, won the BBC Young Musician of the Year Tabor Award and led the National Youth Orchestra of Great Britain. Afterwards, he studied at the Royal Academy of Music in London and the University of Music and Arts in Vienna with Maureen Smith, Daniel Rowland and Pavel Vernikov, alongside regular masterclasses with Maxim Vengerov. During this time, Michael won the Royal Overseas League String Competition. He plays a Gennaro Gagliano violin (1750) on loan and is represented by Interartists Amsterdam.

British mezzo-soprano Diana Moore has established herself as a firm favourite with audiences on both sides of the Atlantic, acclaimed for her unique voice which ‘combines the range of a mezzo with the tone quality of a contralto’ (Gramophone), described by San Francisco Classical Voice as ‘warm, plush, full and eminently smooth’. Diana’s approach – ‘a mixture of intelligence with musicianship [and] emotional depth’ (The Guardian) – has led to repeat engagements with many of the world’s leading music ensembles, and frequent collaborations with eminent conductors.

A recognised Handelian, Diana has performed roles for many noted opera companies and festivals across Europe. She has also appeared at Baroque Festivals around the World with performances of Handel’s oratorio and choral works, and has performed his Messiah extensively across North America at numerous prestigious venues. Equally adept in later musical styles and genres, Diana has become a leading exponent of English music in oratorio, concert and recital work. She is particularly praised for her interpretations of the music of Edward Elgar.

A critically acclaimed recitalist, Diana is building a reputation for innovative performances which combine carefully curated musical programmes with extended scripted narration. These include A Celebration of Kathleen Ferrier: Her Life, Letters and Music; Wearing the Trousers: the extraordinary women who inspired Handel’s travesti roles; and Circles within Circles – the life and music of William Busch.

More information about Diana, with upcoming engagements and news, can be found at www.dianamooremezzo.com 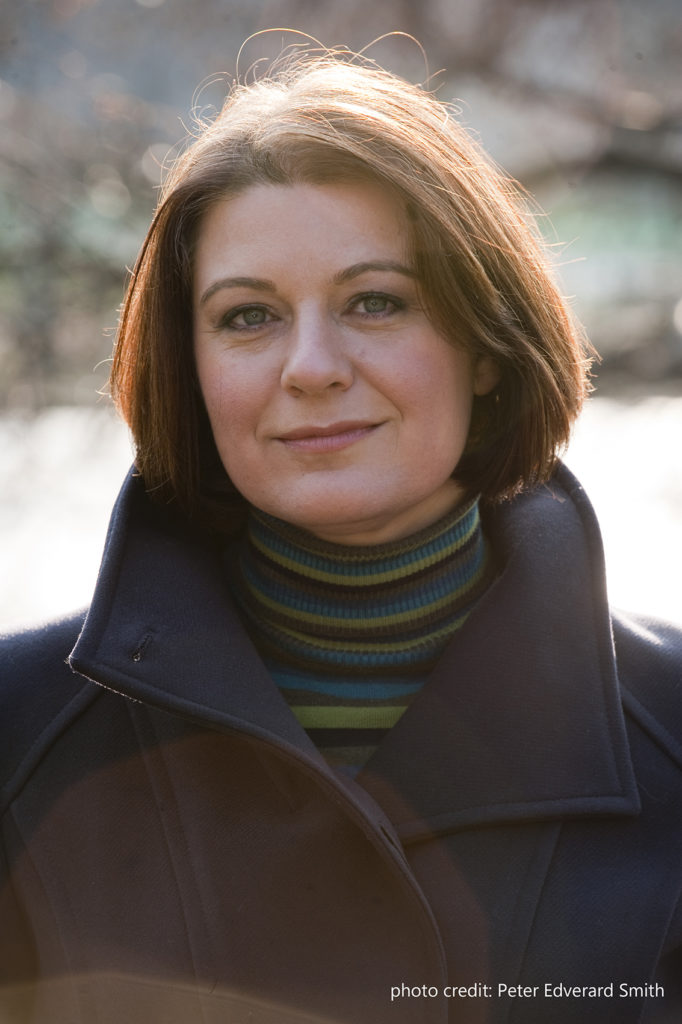 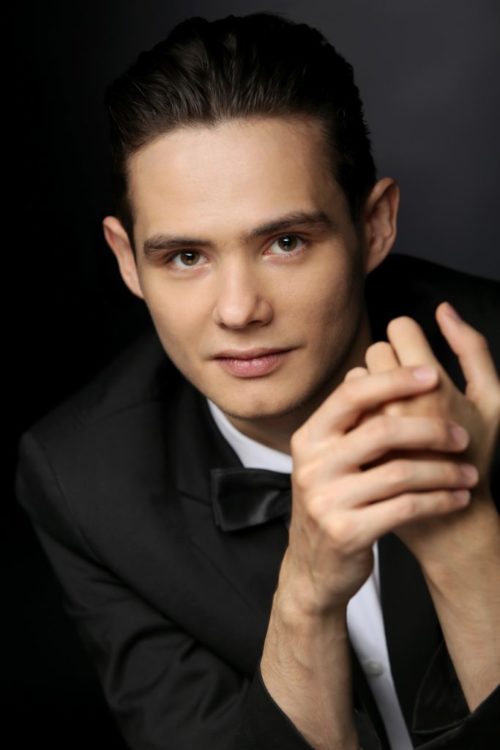 Winner of the Royal academy of Music, concerto competition 2019, Rustam Khanmurzin made his concerto debut with the Moscow State Symphony Orchestra at the Moscow Soloists Festival where he was awarded a title of Laureate for an outstanding performance of the 2nd Piano Concerto by Chopin. In 2012 in South Korea the First Lady of Poland presented Rustam with the Silver medal of the 2nd Asia-Pacific Chopin Piano Competition. In 2013 the Melodiya Lable launched Anthology of Piano Music by Russian and Soviet Composers CD Series with Rustam’s recordings of pieces by Tchaikovsky, and now the project is followed by Rustam’s recordings of Russian early keyboard pieces. It was Rustam Khanmurzin who was entrusted by PETROF Pianos to introduce a new Ant. Petrof 275 grand piano on Russian music stage. Twice Rustam won the Presidential Award for Talented Youth; in 2015 he was awarded with the PianoForum Magazine Award and Russian Music Union Prize ‘for a brilliant performance at the Great Hall of Moscow Conservatory’.

By the end of his studies at Moscow Conservatory where his teacher was Professor Alexander Mndoyants, Rustam had become a laureate of several piano competitions worldwide: in China, Italy, France, South Korea and Greece; as a soloist featured works for piano and orchestra by Chopin, Ravel, Shostakovich and Mendelssohn.

Since September 2017 Rustam continues his studies the Royal College of Music, now studying with Professors Ian Jones and Kathron Sturrok as a Constant and Kit Lambert Junior Fellow supported by David Young Prize. During his studies in London he appeared in number of festivals in such venues as St John’s Smith Square, Victoria and Albert Museum, Pushkin House, Starr Cinema (Tate Modern), Cadogan Hall, St Lawrence Jewry, etc, also performing for Berlioz Society, Consort and Boodles Clubs, and in cities of France, Russia, Italy and Spain. His major awards now include the 1st Prize at RCM Concerto Competition 2019 and 3rd Prize at Clamo International Piano Competition. In November 2019 Rustam joined the Yeomen Young Artists’ Programme by the Worshipful Company of Musicians.

Along with successful start of his solo career Rustam is also widely recognized as an emerging collaborative pianist. In 2015-2017 he worked as an opera répétiteur at Russian University of Theatre Arts; also in spring and summer season 2017 he was invited to prestigious Sirius Centre in Sochi to coach young instrumentalists – rising stars of Russian music stage. His recent competition success includes First Prize at Brooks-van der Pump English Song Competition and Titanic Memoriam Prize at Lies Askonas Competition in 2019.

Sasha Rozhdestvensky is considered to be one of Russia’s finest young violinists. Yehudi Menuhin pronounced him to be “one of the most talented and refined violinists of his generation”, while the legendary violinist Ivry Gitlis said of him: “He belongs to the great line of outstanding artists. His approach and relationship to music and the violin is intense, highly sensitive and intelligent”. 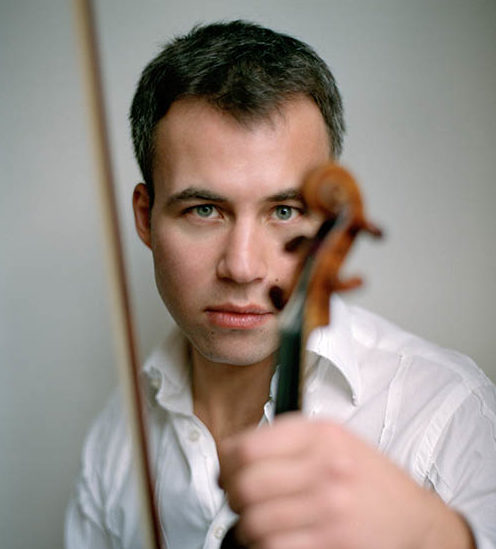 Janice Watson is one of the worlds major sopranos,  renowned for the beauty of her sound.   A flautist originally,  she began taking singing seriously at the instigation of tenor Phillip Langridge,  and studied with Johanna Peters and Renata Scotto.   At the age of 23 she won the Kathleen Ferrier Award and the Royal Overseas League Gold Medal.  She is also a Grammy winner with 2 further nominations to her name.

Janice has performed in most of the major Opera Houses of the world with many of the world’s leading conductors,  and has been a regular guest with both English National Opera and Welsh National Opera.   She has sung many times at the Royal Albert Hall Proms and the Edinburgh Festival.

Janice first made her name singing Mozart and Britten,  but with the maturing and broadening of her voice is now equally at home singing Verdi,  Richard Strauss, Janacek and Wagner.

Daniel Benn is a highly experienced young cellist who has enjoyed success as a soloist, chamber musician and orchestral player. He was a founding member of the Accendo Quartet, prize winners of both the Cavatina and St James’ chamber music competitions and grateful recipients of masterclasses from András Keller, Rolf Gothoni as well as the Belcea and Endellion Quartets.

After graduating from New College, Oxford, where he read Music, Daniel spent five years under the tutelage of Louise Hopkins at the Guildhall during which time he performed on several occasions with the LSO under both Sir Simon Rattle and Valeriy Gergiev. In 2018 he was a member of the London Sinfonietta Academy, the premiere scheme for contemporary instrumentalists, as well as being a member of the LPO’s Foyle Future First programme. 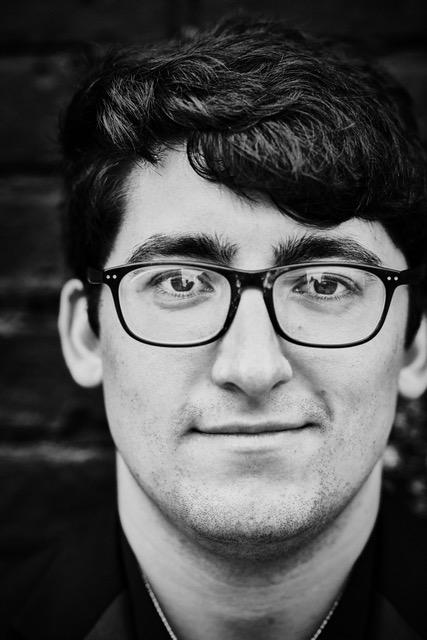 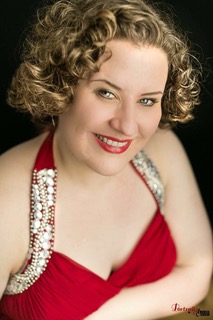 Nicola Ihnatowicz was a choral scholar at Clare College, Cambridge under the musical direction of Tim Brown where she read history, achieving 1st class honours. Now a student of Zoë South, Nicola is an Emerging Artist for Midsummer Opera, and on the professional singers’ scheme with the Philharmonia Chorus.

Film and TV includes: Secrets of The Bible (Turin Shroud), Tales of The Supernatural, Love Song: The Triumph and Tragedy of Tchaikovsky, Hichestan, Haunted 2 & 3. 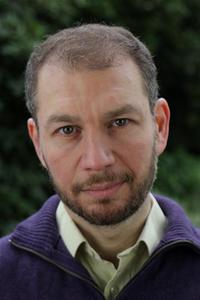